The first of six advanced child tax credit payments hit millions of parents’ bank accounts yesterday, providing them with up to $300 per child for the month of July.

But many people received less (or sometimes more!) than what they thought they were eligible for. The White House and the IRS did send out letters disclosing how much money families could expect to receive, but in some cases, parents ended up with payments that conflicted with their own calculations.

If you’re trying to figure out why the amount you received is different than what you thought it would be, here are the most likely reasons why and, in some cases, possible ways to fix it:

1. Your number of child dependents has changed in 2021
The size of your family can change over the course of a year. Custody agreements, births, adoptions, children turning 18 and, tragically, death can all impact the number of people in your household who qualify for the credit.

But any changes to the size of your family in 2021 won’t be factored into your child tax credit payments until “late summer” when the feature becomes available in the Child Tax Credit Update Portal (aka, the CTC UP), according to the IRS.

The IRS is working off of people’s tax information from 2020 to calculate monthly payments. So if, for example, you and your partner have a 14-year-old, a 9-year-old, and adopted a newborn this April, you might’ve expected to get two $250 credits, plus a $300 credit for the new baby ($800 total). But while that child may already have a birth certificate and social security number, they haven’t actually been counted on any of your tax information yet. Instead, if you qualify for the entire credit, you’ll get $500 a month now through September, and then — after updating your number of dependents — receive $800 a month from October onward. Those first three missing payments will then be applied to your taxes after you file your return.

2. Your income is different than it was in 2020
Just like how changes in the number of dependents you can claim won’t be factored in until September, neither will any major changes to your taxable income. This can be a major point of confusion for parents whose income dramatically increased or decreased between 2020 and 2021.

The maximum amount of income parents can make to qualify for the 2021 child tax credit is much lower than in previous years’ version of it: A married couple filing jointly is eligible for the entire credit as long as their income is less than $150,000, while for heads of household (what most single parents should file as) it’s $112,500.

For those whose income went down, this might mean that your first monthly payment was lower than expected. So if you’re a joint-filing family that brought in $180,000 last year, only to have lost a major source of income and expect to make $100,000 this year, your monthly payments won’t reflect this change until you can update your information in September.

Conversely, if you made $100,000 last year but expect to make $180,000 this year, you might be getting way more money than you qualify for, which could leave you owing money at tax season. In that case, you may want to unenroll from the monthly payments until you can confirm the payments will be the correct amount. The IRS will also be updating the CTC UP tool in late summer to include an option for parents to re-enroll once their information is up to date.

3. Your child ages out of eligibility this year
The legislation for the enhanced child tax credit says that the total amount for children “under the age of 6” is $3,600, with half of the money distributed as advanced payments of $300 per month. But you’ve got a five-year-old, and you only received a $300 payment. What gives?

The same is true for teenagers who will turn 18 before the year ends — except in this case they don’t qualify for the child tax credit at all. However, they will still count toward a one-time $500 credit for parents with dependents who are either 18 years old or college students between ages 19 and 24.

4. One spouse opted out but not the other
Yes, married couples who want to have their entire 2021 child tax credit applied at the end of tax season both need to unenroll through the IRS’ web portal.

While you can’t do anything about the money that’s already deposited, there’s still time to opt out ahead of the next five payments: The IRS deadline for opting out is three days before the first Thursday of every month. So to avoid getting payments for August through December, the deadline to unenroll is Aug. 2.

Luckily, your July half-payment is only worth 1/12th of the overall credit and unlikely to make much of a difference on your overall tax return. Still, if you’re concerned about owing money come tax season, then it’s a good idea to stick it in a savings account and hold onto it until then.

5. You and your partner live together but aren’t married
Around 35% of unmarried parents live together, according to 2018 data from the Pew Research Center — but tax law isn’t as up-to-date with changing norms. While living together provides more financial stability than living separately, it doesn’t give you the tax benefits that married couples enjoy.

Even if you split financial responsibilities equally and raise your children together, only one of you can claim the child tax credit — and that person’s income needs to be lower than $112,500 to get the entire amount. So if you made $120,000 last year while your partner was a stay-at-home parent, this may be why your monthly payments are lower than expected.

If you’ll be married by the end of 2021, you will be able to change your filing status using the CTC UP tool starting in late summer.

6. It may have been garnished by a debt collector
The IRS is not reducing people’s child tax credit payments in order to pay for overdue taxes, child support or other federal debts. However, your payments can be garnished by local and private debt collectors, depending on the local laws where you live. California is the only state so far to explicitly state that child tax credit payments cannot be taken from parents in order to pay debtors.

If you have any delinquent loans or owe fines for any local or state criminal violations, check with your bank to see if that’s where all or a portion of your child tax credit payments are going. 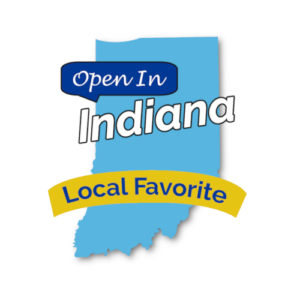